In 1532 the Spaniards landed in North Peru and, in a time of political division in Peru, seized power very fast. They killed the Inca Atahualpa and had the support of a number of indigenous groups who were glad to help them in disposing of their own conqueror, the Inca. (Further reading: Hemming 1972 Conquest.) 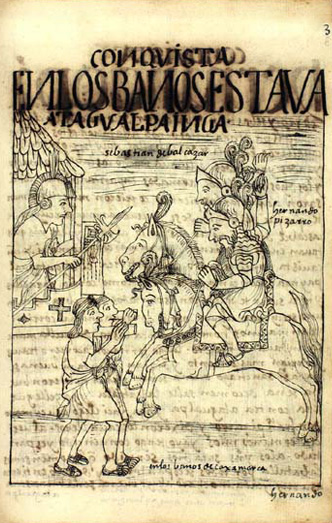 The Spanish conquest was accompanied, if not justified and legitimised, by the introduction of the Christian religion to a continent whose peoples – according to the Spaniards – were victims of the Devil and manipulated by him. 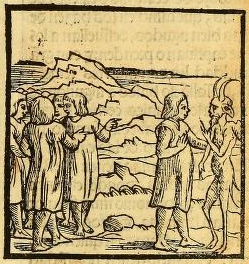 The viewpoint of the Spaniards: The indigenous people communicate with the Devil (Cieza de León 1553 Chronica del Peru, fol. 17r) From the copy of the John Carter Brown Library, Providence, Rhode Island, USA.